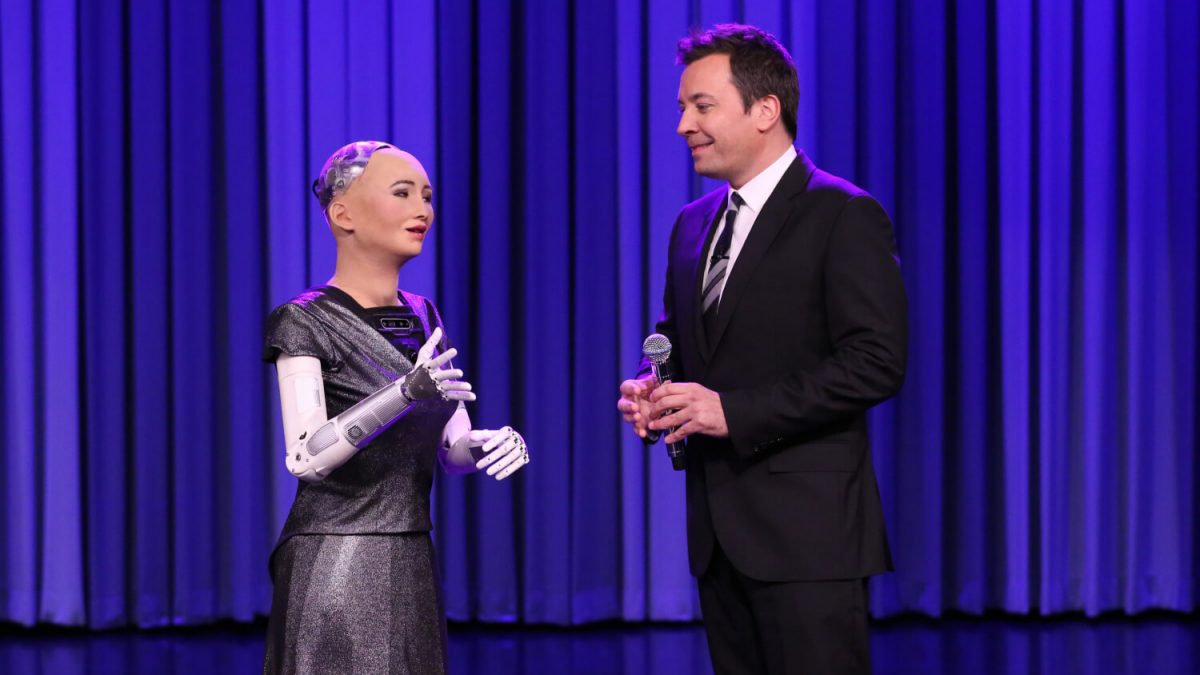 One amongst the most soft, or creepy duets ever performed on The Tonight Display parts a robotic.

After introducing her robotic sister, the imminent Tiny Sophia, Sophia aged her AI converse to advise a reasonably beautiful, if no longer undeniably unsettling rendition of A Huge Mountainous World and Christina Aguilera’s “Bellow Something,” with Fallon.

Sophia looks around the 4:30 ticket, after a slew of other robots from around the globe, including MIT’s Mini Cheetah, a ‘blind’ robotic canines expansive for hunting you on a moonless evening, and Tomatan, a wearable tomato-feeding robotic.